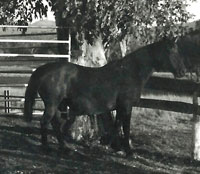 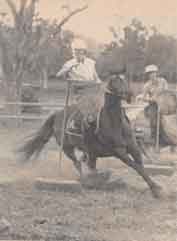 This family started with a Saladin blood mare. She proved a good broodmare, producing the two full sisters by Tester GUNNER (1899) and BUTTERCUP (1903) who were both very good riding and stock mares. Their full brother was the renowned Light Horse mount for Lt Barney Haydon called POLO who had the distinction of one of the few who completed the entire World War I Middle East campaign. BUTTERCUP produced JULIET (1926) by Rocket, a really good mare to ride, a great walker and good working cattle. She was the dam of the stallion and campdraft winner SUNLIGHT (1947) by Starlight; the top polo mare STORM CLOUD (1943), mother of CLOUD (1965) by Gembacollie. She produced CUMULUS (1974) by Beranghi, an outstanding sporting mare; MONSOON (1975) by Blukens and polo mare STRATA (1977) by Never Doubt.

GUNNER’S filly by Dart, LOTTIE (1920), was a good bush mare, very quick and very smart. Two of her colts were used as sires, one by Bullseye at Rouchel and one by Starlight at Giro Station. The line continues on with her filly by Starlight, LOTTIE II (1937), a very good station mare ridden by B.B.Haydon. She was sent to Radar and produced BRIDGET (1951), an exceptionally good bush mare, excellent walker and showed a lot of ability working cattle. She also produced LOTTIE 111 (1957) by Bruce Greer, BUTTERCUP (1959) by Sunlight; CHARLOTTE (1958) by Bright Valais, used as a broodmare producing, CHARLOTTA (1974) by Blukens to South Australia, CHARIOT (1976), LOTTO (1979) & ARGIE (1979) good polo gelding.

BRIDGET went on to produce many good foals including;

FELINA (1969) by Redigo a lovely type of mare, successful at campdrafting and polo, winning the Sledmere Cup in 1978. See below.

Her full sister FLEETA (1971) also won polo prizes being in the Champion Team of Ponies at the Queensland Gold Cup in 1983.

Their two full brothers were successfully performed, REDI-RAY (1970) and FURY (1968), who won many ribbons including twelve at the 1977 Brisbane Exhibition and once scored 24 points for cut-out. At the 1977 Scone A.S.H Show FELINA, FLEETA and REDI-RAY won the Comara Trophy;

Her last filly RADIAL (1975) by Beranghi won over a hundred Championship ribbons in hack, riding and sporting classes during the mid 1980’s.

As a broodmare RADIAL produced;

-BRIONIE (1989) by Coeur Desiree purchased by Chris Bowman and described as “a beautiful mare, quite and good walker”;

Rebecca as a broodmare produced Meadowbrook Magnolia by Acres Destiny who was top price at the 2019 Dalby Sale. 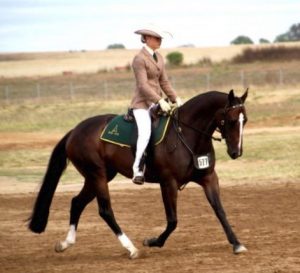 Guns and Roses by Shotgun 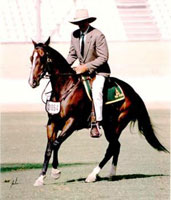 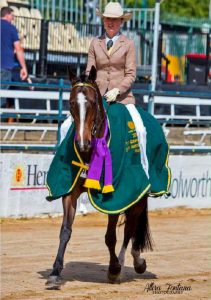 Guns and Roses at Brisbane Royal 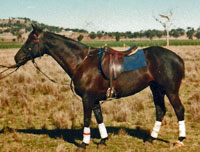 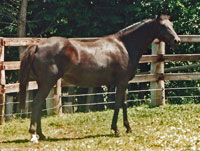 FELINA has produced many good foals including; RAYLINA (1981) by Rodeo Rush, like her mother a lovely type and was retained as a broodmare. Her two full brothers played polocrosse being winners of best horse trophies, HOPE (1979); the polo mare FINESSE (1980) by Bandora’s Gift.RAYLINA produced; SALINA (1988) by Musket purchased by Peter Fraser and went on to play good polocrosse; NELINA (1986) by Never Doubt who produced the one foal RIFLEMAN by Musket the winner of many polocrosse prizes, including Champion Junior Horse at the 2000 Nationals; the Musket stallions RAYGUN (1989) and LASER (1990); BUSH RAY (1993) by Bush Glow the winner of many stock horse prizes and used as a Light Horse Mount; and PICTORIAL (1996) by Drawn.

Raylina was sold at the 1997 sale with DRAWLINA (1997) at foot, a very good filly by Drawn to the Cameron’s from South Australia, who went on to play really top polocrosse right through to the Nationals. She has since produced the Drawn stallion REDRAW (1998); and by Bush Glow gelding BRUSH FIRE (1999) and mares RUSHALINA (2000) & BAMBALINA (2001). Redraw with his prepotent bloodlines, being by Drawn out of a Rodeo Rush mare, proved a good sire including his sire son Concussion out of one of the best ever National mares Berragoon Percussion. 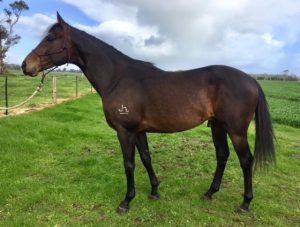 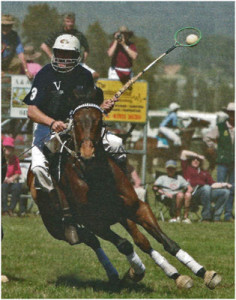 Silverthorn Shotgun out of Haydon Avril