Rodeo Rush become a legendary sire but before that he was a marvel on the racetrack winning 27 races including 6 straight wins at Newcastle. He was bred by Stan Wicks of Scone and Haydon Horse Stud purchased him as a 19 year old stallion from Tara Hall at Bunnan.

The stud knew the value of the Djebel sire line in polo plus he had Blandford, The Buzzard, Carbine and Fairway in his pedigree.

Daryl Smith always spoke very highly of the contribution that Rodeo Rush had to the breeding of their Edenhope Stud horses. He was a classic type, with a good temperament and he was a very good horse to ride. This was passed on to his numerous successful progeny, 82 which were registered. Lady Di was a renowned mare winning 13 Champion Polocrosse awards from the 19 carnivals she played at, as well as being successful in campdrafting, working, hacking and led events. She also produced 9 foals. Edenhope Bess was used as a broodmare.

Miss Balamaras was another one that played well and produced 13 foals at Edenhope. Daryl Smith felt Rodeo Rush had a big impact on their Edenhope breeding program.

Haydon Rush played good polo and was a very successful sire in Queensland, including the standout polo horse at the World Cup Polo Champion Spruce Grimes. He sired Sterlo (Durham Squire) and Benson (Durham Smokey) purchased by Kent Well who continues the story;

“Several Wells horses stand out as being played by most if not all members of the family but two particular horses, Sterlo (Durham Squire) and his full brother Benson (Durham Smokey), were the inspiration behind the purchase of their sire, Haydon Rush. Sterlo was played by all four Wells until he retired at 22 and he is still in the paddock now at 26. “Charlie Brooks and I purchased Haydon Rush off Mr Jim Dowling from Gympie,” Kent said. “He was used extensively in the polo circles and had numerous champion horses going around. I had purchased Sterlo and Benson and could see why. I also loved Daryl Smith’s Rodeo Rush mares. We sold Benson to Paul McGrath and he went on to win numerous champion horses including winning the Fraser Trophy for champion horse at Qld State Titles.” The McGraths put Sally’s mare Definite to Haydon Rush, the result a filly called Roseneath Mikassa who went on to win numerous awards. Unfortunately, after serving Definite, Haydon Rush got an infection in his pedal bone and had to be put down. “Luckily we had collected some semen and had purchased the mare Hunterview Trigger from Mr Terry Blake,” Kent said. “She played at Nationals and was one of the toughest I ever played with or against.” Hunterview Trigger produced the colt Hawthorne Rush our resident stallion. For the past 10 years, most, if not all the horses on our truck are by him.  “Hawthorne Shania I believe is the best horse I have ever ridden. In 2010 I won champion horse at Quirindi and Warwick Rosebowl on her playing a 2. Then I gave her to Anthony who made the PAA Junior squad on her at Warwick 2011 then Darwin Nationals in 2012. Sophie then played Barastoc 2013/2014 then onto Albury Nationals prior to Shania’s retirement.” 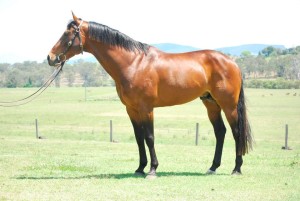 Haydon Olivia played in the Ellerston 40 goal by 10 goaler Memo Gracida and mother of The Don by Drawn used as a sire by D Archibald, Olivia 11 by Drawn top polo mare played at Ellerston by 8 goaler Ale Mussio before taking her to England, Olivia III by Ajuna was BPP in the Test Match Australia v Chile, played in the Test Match Australia v England before going to England. Haydon Raylina was an impressive type used as a broodmare producing, Haydon Salina who played good polocrosse; Haydon Nelina by Never Doubt who produced the one foal Rifleman by Musket the winner of many polocrosse prizes, including Champion Junior Horse at the 2000 Nationals; the Musket stallions Haydon Raygun and Haydon Laser (1990); Bush Ray the winner of many stock horse prizes, Haydon Drawlina a very good mare by Drawn who played top polocrosse at four Nationals and her full brother the successful sire Haydon Redraw. Haydon Drawlina playing at the Nationals 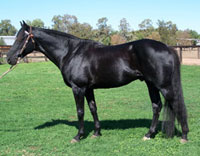 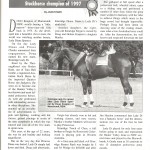 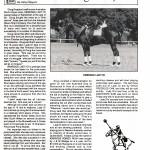 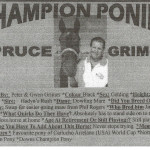