Musket combines the blood of The Gun, Panzer, Gibbergunyah, and Bobby Bruce, which proved such a masterful mix. A very athletic horse, fast walker, good legs and true action. Bred by David Archibald, Nabinabah Stud, Gundy and selected by Alec Wiseman for Belltrees.
He was a full brother to the celebrated horses Breezette, Breeze, Cool Gun and many others.

Breezette won the Warwick Gold Cup twice and the Sydney World Championship Campdraft a remarkable five times and is rated as one of the best ever. 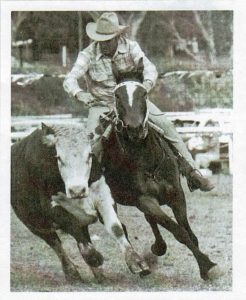 Musket was by The Gun from the remarkable broodmare Comma. Her foals have a record second to none and in order are: 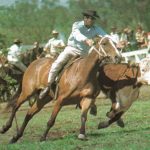 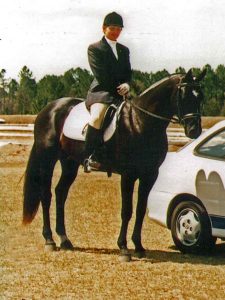 The Haydon Dancer mares HAYDON MIRAGE and HAYDON RUMBA have proved great broodmares for the stud. HAYDON ETERNITY whose daughter HAYDON TIFFANY by Drawn was the winner of many polocrosse, awards including at State Level. 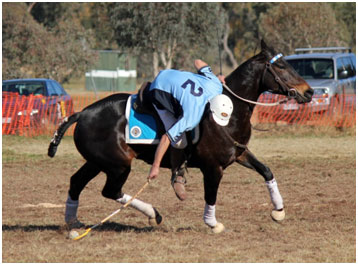 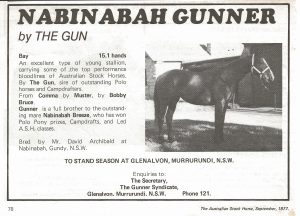 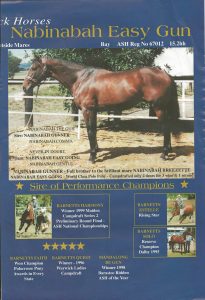 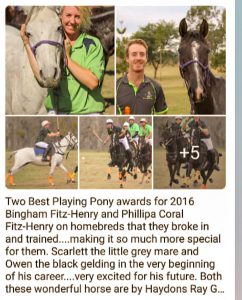